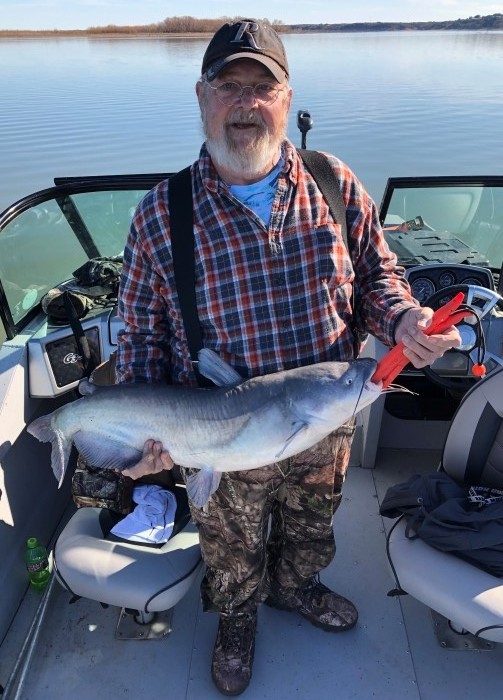 Lisa Stanley shared with us recently that her cousin Terry Dan Dingler passed away April 19 at the age of 66. His obituary is reprinted below. Our condolences to his family and friends.

Terry was born in Cleburne on July 20, 1953 to Bud and Dorothy Dingler. He loved to fish and hunt. But mostly he loved his family and friends.

We learned recently that Eldon Thomas Dingler of Sherwood, Arkansas, passed away August 8, 2019. He was 87. His obituary (as published in the Arkansas Democrat-Gazette) is copied below:

Eldon Thomas Dingler, 87, passed away August 8, 2019. Eldon was the 2nd of 4 children born to Luther & Blanche Dingler. His brothers, Glenn and Doyce, and sister, Euvice, are still with us today and doing well.

Eldon grew up in the small town of Kirby, Arkansas on a farm where the motto was “we eat what we grow and raise.” Born at home, into a family with very little means, Eldon & his brothers and sister went on to lead very productive lives with deep Family & Christian ties.

After graduation from Kirby High School, Eldon did as many did in the day, joined the U.S. Navy and became a Veteran of the Korean War. Upon completion of his commitment to the country, Eldon returned to Arkansas and enrolled at Henderson State University. It was here where he met his wife, Diane, and received his Degree in Economics.

After Graduation from HSU and getting married, Eldon & Diane moved to Little Rock where Eldon joined the Administrative team at St. Vincent Infirmary Medical Center as a staff accountant. After a lengthy & very distinguished career with SVI, Eldon retired after 30 years as the Chief Financial Officer & Interim CEO.

After Eldon & Diane retired, they spent the next 20 years traveling all over the world, which was a lifelong dream. Their love was being around their children and grandchildren, treating them to nice family vacations at the beach.

Eldon & Diane were members of Lakewood Methodist Church, where Eldon served on numerous committees for over 40 years and formed lifetime bonds & friendships. He was also a founding member of the Little Rock Executive Association where he served as President and to this day is an honorary lifelong member.

The family would like to invite everyone out for visitation at Smith North Little Rock Funeral Home on Monday, August 12th from 5-7 p.m. A Memorial Service celebrating Eldon’s life will be held at Smith NLR Funeral Home on Tuesday, August 13 beginning at 11 a.m. A private family burial will be held following the memorial. Services will be held by Dr. Luke Conway & Dr. Harold Mitchell. Memorials may be made in Eldon’s name to Lakewood Methodist Church or to Alzheimer’s Arkansas. Online guestbook at www.smithfamilycares.com.

We received some sad news recently. John Edward Dingler passed away on July 3, 2017. John was a frequent attendee of the annual Dingler reunion,and we were all hoping to see him again this year.

His obituary from the McDonald and Son website is included below:

John Edward Dingler, age 55, passed away on July 3, 2017. John is predeceased by his parents Lorena Neese and Thomas Dingler. He is survived by his brother Garry Dingler of Thomson, GA, sister-in-law Wanda Dingler, brother Charlie Dingler of Buford, niece Cassandra, nephew Clayton and many other relatives.

John’s service will be Sunday, July 9th at 3pm, with visitation from 12:00pm until service time at McDonald and Son.

Please visit John’s memorial page on the McDonald and Son website for a video showing photos from his life. 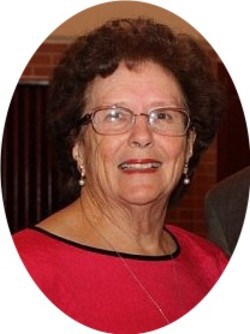 Some sad news to report. We received word from Glenn Dingler of Little Rock that his wife Jessie passed away.  Glenn and Jessie have been fixtures at the annual Dingler Reunion for many years, but they weren’t able to attend this year. Our thoughts and prayers are with Glenn and his family.

The obituary from the Roller Funeral Home website is included below.  There is an online guestbook if you would like to leave a comment, as well as a video of photos of Jessie throughout her life.

Jessie Marie Dingler, 80, of North Little Rock departed this life on Saturday, August 24, 2013.  She was born May 18, 1933 in Ida, LA, to the late Harvey and Elsie Gilbert.  On November 4, 1955, Jessie married Glenn Dingler and together they had three sons.  They were married 57 years.  She loved family gatherings, and getting together with friends.

Jessie enjoyed staying busy, whether working at the AR Revenue Department, AR State Legislature, Dillard’s Department Store, or JC Penney, or in her yard.  Jessie appreciated knick-knacks and other décor that turned a house into a home.  She even owned a gift shop called Arcade Gifts and Accents for over 6 years in West Little Rock.  An Arkansas Democrat Profile on Business article stated, “The gift business has always been fascinating to Jessie, even before she opened her store.  She said that in working two consecutive Christmases at Dillard’s Department Store, she specifically asked to be placed in the gift department.”  Jessie loved serving her customers, saying, “It’s exciting to find that one special thing for them.”

Church was very important to Jessie.  She was active in her church, Windsong Church of Christ, where she was also a member of WOW (Women of Windsong).  Jessie served with her husband in a number of overseas mission trips, teaching English as a second language with the Bible. In addition to her parents, Jessie was preceded in death by three brothers James Gilbert, Jimmy Ray Gilbert, and Tommy Gilbert.  She is survived by her husband, Glenn Dingler of North Little Rock; her three sons, Robert, Michael, and Steven, and their wives; three grandchildren and four grand-dogs; two sisters, Sue Braun and Mary Albright, and their husbands; one brother, John Gilbert and his wife; and many nieces, nephews and friends.

The family would like to thank the Sherwood Nursing & Rehabilitation staff, Odyssey Hospice staff, and Hospice Home Care staff for their comfort, support, and friendship.  Her last days were peaceful, and she was surrounded by her family, which she held dear.